A total of 3,362,413 passengers chose to fly with Norwegian in May; 59,047 less than the same month previous year. The total traffic (RPK) increased by four percent, and the capacity growth (ASK) was four percent. The load factor was 86.1 percent, down 0.4 percentage points.

“With 18 Boeing 737 MAX grounded, we carried fewer passengers in May compared to the same month last year. However, our customers travel longer distances and we see an improved unit revenue. Following a period of significant expansion and investments, the figures show that our growth is slowing down, in line with our strategy of moving from growth to profitability. I’m also pleased to see that our on-time performance continues to improve,” says CEO of Norwegian Bjørn Kjos.

Norwegian operated 99.3 percent of the scheduled flights in May, whereof 81 percent departed on time (up 3.7 percentage points).

The company took delivery of one Boeing 787-9 Dreamliner in May. 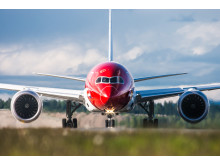 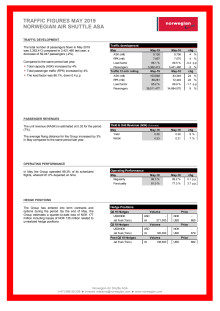